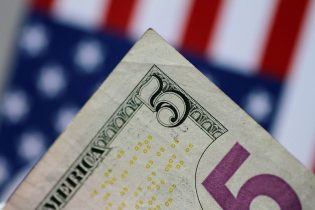 SYDNEY (Reuters) – The dollar nursed losses after five sessions of decline and the yen held on to most of its recent gains on Thursday, as investors worried about rising coronavirus deaths and began to wager on more monetary stimulus from the U.S. Federal Reserve.

The dollar touched its lowest since early last week against a basket of currencies <=USD> overnight and has ceded ground broadly, even with equity markets slipping, as mixed economic data underscored the fragility of the U.S. recovery.

The safe-haven yen, meanwhile, has recouped almost three quarters of the steep loss it suffered last week when Pfizer announced its COVID-19 vaccine.

Moves in Asian morning trade were slight, with the yen <JPY=> a fraction weaker at 103.92 per dollar, but not far above an eight-month high of 103.18 made two weeks ago.

The New Zealand dollar <NZD=D3> and Norwegian krone <NOK=D3> likewise hung on to most of Wednesday’s gains. The Aussie <AUD=D3> lagged a little as a fresh coronavirus outbreak prompted a new hard lockdown in South Australia.

It was marginally softer at $0.7295, and saw no immediate boost from better-than-expected labour data.

“That, when U.S. COVID infection rates are causing enough concern about growth prospects to offset vaccine news, has kept the dollar on the backfoot, even as equities soften.”

The largest public school district in the United States, in New York City, will halt in-person teaching from Thursday to try to curb COVID-19’s spread, as U.S. deaths near a world-record of a quarter-million lives lost to the respiratory disease.

The United States remains in a “severe recession” and growth vulnerable to swings in infection rates, New York Federal Reserve President John Williams said on Wednesday, who reiterated the bank would use all its tools to help the economy.

Elsewhere, hopes of a post-Brexit trade deal have kept sterling supported, and the euro was steady, though both dipped slightly as the dollar held its ground in Asia on Thursday. Sterling <GBP=> last traded 0.2% softer at $1.3234 and the common currency <EUR=> at $1.1839.

The Chinese yuan sat near a 29-month high in offshore trade <CNH=>.

U.S. jobs figures will be closely watched on Thursday for guidance on the Fed’s next moves. At 1000 GMT European Central Bank President Christine Lagarde appears at a European Parliament Committee hearing in Frankfurt.