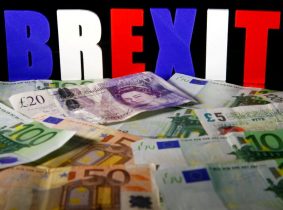 By Gabriela Baczynska and Philip Blenkinsop

BRUSSELS (Reuters) – The European Commission is holding off on updating EU contingency plans for a no-deal Brexit amid a final push in talks with Britain to safeguard free trade from tariffs and quotas in six weeks’ time, officials said.

Britain’s standstill transition out of the European Union ends on Dec. 31 and the estranged allies are still trying, despite missed deadlines, to clinch a last-minute deal on a new partnership to avoid trade ruptures from 2021 and keep close ties on everything from security to energy and transport.

The Netherlands, France, Belgium and Spain have asked the executive Commission – which negotiates with Britain on behalf of the 27 EU states – to update emergency plans to mitigate the worst damage if no new trade deal is put in place in time.

“Now that we are this late in November… it’s high time we ask the Commission to come out with (contingency measures) because we have to prepare, in case we cannot fix an agreement in time,” said a senior EU diplomat.

But the Commission has so far resisted the request, saying it remains focused on getting a deal and that countries, businesses and people have had a long time to prepare for an abrupt split in ties.

The Commission’s Brexit spokesman had no comment on Thursday. A spokesman for British Prime Minister Boris Johnson said he and his chief negotiator remained focused on securing a “zero-quota, zero-tariff” free trade agreement in the talks.

Commission chief Ursula von der Leyen will briefly update the 27 EU national leaders on Brexit during a video call from 1700 GMT on Thursday intended to focus on the COVID-19 pandemic and the bloc’s next budget and economic recovery plan.

Several EU leaders are expected to stress the need to prepare for the worst-case scenario, which would affect an estimated trillion dollars worth of annual bilateral trade.

On Friday the EU’s Brexit negotiator Michel Barnier will update member states’ envoys on latest developments in the talks.

Some EU sources interpreted the Commission’s silence on no-deal preparations as a sign that it does not want to sour the atmosphere in the final phase of Brexit talks.

Diplomats told Reuters on Thursday there had been no breakthrough on the three persistent sticking points: divvying up fish stocks, ensuring economic fair play for companies including on state aid and agreeing ways to settle any future trade disputes.

“It’s been going round and round in circles on the level playing field and fisheries,” said an EU official involved in the negotiations. “There is no breakthrough yet, both sides are in full agreement that the other side needs to move.”

“What is needed is a political decision from the very top in the UK. We don’t know when that comes. Or if it comes at all.”