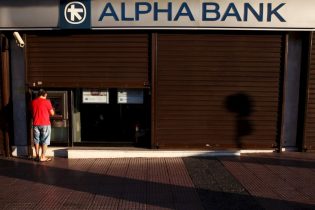 By Pamela Barbaglia and George Georgiopoulos

The portfolio, known as Galaxy Project and worth about 10 billion euros ($11.86 billion), also includes the disposal of Alpha’s bad loan servicing unit Cepal.

Davidson Kempner has valued the assets at about 290 million euros, trumping a rival offer by U.S. investment giant Pacific Investment Management Company (PIMCO), one of the sources said.

Alpha Bank, which wants to finalise the sale of Galaxy by the end of 2020, declined to comment.

Davidson Kempner and PIMCO were not immediately available for comment.

(Reporting by Pamela Barbaglia in London and George Georgiopoulos in Athens; editing by Diane Craft)