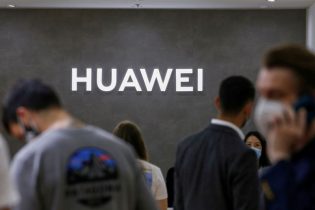 BERLIN (Reuters) – Germany would need to reach a consensus within government that a telecoms vendor poses a national security threat in order to exclude its equipment from national 5G networks, according to draft legislation reviewed by Reuters on Friday.

The latest version of the IT Security Law follows months of wrangling in Chancellor Angela Merkel’s coalition, which has been split over how to craft a political mechanism for judging whether a vendor can be trusted.

How that process works will be crucial in determining whether China’s Huawei [HWT.UL], the global leader in telecoms networks, can stay in Germany or ends up being banned as it has been by the United States and some of its allies.

The draft seeks to bridge a divide between Chancellor Angela Merkel, who favours close trading ties with Beijing, and her coalition partners in the Social Democratic Party (SPD) who, led by Foreign Minister Heiko Maas, are hawkish on China.

An Interior Ministry spokesman said the bill was presented to other departments on Thursday. “The draft implements the results of previous discussions with the ministries and submits new compromise proposals,” the spokesman said in response to a request for comment from Reuters.