Man who escaped house fire dies after going back inside for his pants, coroner says 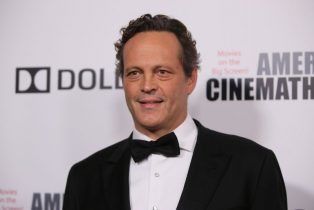 The Universal and Blumhouse Productions’ movie stars Vince Vaughn as a serial killer and Kathryn Newton as a low-profile high schooler who inadvertently switch bodies on Friday the 13th. “Freaky” has taken in $5.6 million in it first 10 days amid reluctance among many moviegoers to return to multiplexes until a COVID-19 vaccine is available.

Universal noted Sunday that the theatrical box office continues to be impaired due to a notable reduction in the number of theaters in North America, as the domestic theatrical footprint has shrunk to roughly 2,800 open locations from 3,400 last weekend.

The performance of “Freaky” contrasts sharply with the same weekend a year ago when Disney launched “Frozen II” with $130 million and overall North American business totaled $206 million, according to Comscore.

“With the continuing surge of the virus this fall, another round of lockdowns and curfews are impacting theaters on a regional basis,” said Shawn Robbins, chief analyst at Box Office Pro. “Business is down sharply from last weekend as a result of temporary closures, even for films that had proven to hold quite well over the past few months. While the encouraging news of vaccines on the horizon remains a light at the end of the tunnel for the industry, this weekend’s dip at the box office is an expected reminder of the endurance that will be required to push through a very challenging holiday and winter season.”

Focus’s fourth weekend of the horror movie “Come Play” came in fourth place with $510,000 at 1,364 screens. After three weeks in theaters, the film has made $8 million.