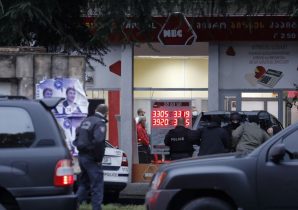 TBILISI (Reuters) – An unidentified gunman took up to nine people hostage at a microfinance organisation in the Georgian capital Tbilisi on Friday, the police said.

It was not immediately clear what the gunman’s demands were.

Police have blocked off the area around the building in the city center.

Last month, a masked gunman took 43 hostages during a bank robbery in the town of Zugdidi in western Georgia. He disappeared after receiving a ransom of $500,000 and releasing all hostages.