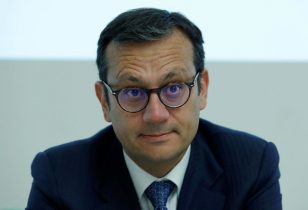 ROME (Reuters) – Italy’s Benetton family has ousted Gianni Mion as head of its holding company Edizione, replacing him with well-connected business professor Enrico Laghi, the company said on Sunday, as it tries to solve a long-running dispute over its motorway unit.

The wealthy family, which owns 30% of infrastructure group Atlantia, has been embroiled in a feud with the Italian government since a bridge operated by its motorway operator Autostrade per l’Italia, collapsed in 2018, killing 43 people.

Laghi will supervise Edizione in its ties with the companies it invests in including Atlantia — which controls Autostrade –Autogrill, and others.

Mion, a veteran advisor to the Benettons, was reappointed last July to serve a three-year term as Edizione chairman.