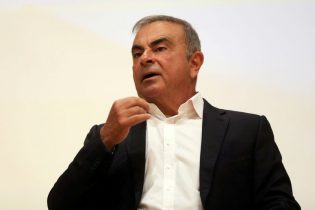 TOKYO (Reuters) – Japan’s justice minister on Tuesday criticised a written opinion by a United Nations panel, saying that claims that former Nissan Chief Executive Carlos Ghosn had been treated unfairly under the Japanese legal system were based on “factual errors”.

In a written opinion late last week, a U.N. panel of human rights experts concluded that the repeated arrest of Ghosn was “fundamentally unfair” and “appears to be an abuse of process intended to ensure that he remained in custody”.

“It’s hugely disappointing that the opinion piece was published based on factual errors, relying only on the one-sided claims made by Ghosn and his legal team without an understanding of how our legal system works,” Japanese Justice Minister Yoko Kawakami said at a news briefing on Tuesday.

“The Japanese government has filed a complaint,” she added, saying the government would be working with the United Nations to “correct their misunderstandings.”

The U.N. panel also urged the Japanese government to “remedy the situation of Mr. Ghosn without delay”.

Ghosn was charged with pocketing Nissan’s funds for himself and hiding his income in late 2018. He was under house arrest awaiting trial when he fled to Lebanon about a year later, in December 2019.

Ghosn’s detention and escape to Lebanon threw Japan’s legal system into the international spotlight, with critics viewing its judicial practices as overly harsh.

In what has been called “hostage justice” by critics, the Japanese legal systems allow detainees to be interrogated without a lawyer present, and prisoners held in custody are often refused bail if they deny charges.

Ghosn has denied any wrongdoing and says that he would have not received a fair trial in Japan. He has also claimed that he was a victim of a boardroom coup – a claim that Nissan Motor Co. has denied and called baseless.