Mnuchin pulls plug on some of Fed’s pandemic lending programs 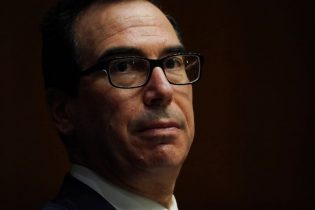 By Howard Schneider and Ann Saphir

(Reuters) – Treasury Secretary Steven Mnuchin on Thursday asked the central bank to return money earmarked under the March pandemic relief act for emergency lending to businesses, nonprofits and local governments, marking an end on Dec. 31 to most of the crisis-response programs the Federal Reserve has deemed vital to keeping the economy stable.

“I am requesting that the Federal Reserve return the unused funds to the Treasury,” Mnuchin said in a letter to Fed Chair Jerome Powell.

“This will allow Congress to re-appropriate $455 billion, consisting of $429 billion in excess Treasury funds for the Federal Reserve facilities and $26 billion in unused Treasury direct loan funds.”

The move keeps the core market backstops in place for at least 90 days but ends the corporate bond buying and lending to businesses and local governments that formed the more controversial part of the Fed’s response to the pandemic.

Those lending programs never got much use, but were an effort to spread a central bank safety net under as much of American business as possible.

“The Federal Reserve would prefer that the full suite of emergency facilities established during the coronavirus pandemic continue to serve their important role as a backstop for our still-strained and vulnerable economy,” the Fed said in a statement on Thursday.

In the “unlikely event” that the programs are again needed, Mnuchin said, the Fed can request the Treasury to re-establish them, with funding from the Treasury’s own stability fund or with new money from Congress.