Sierra Leone considering a warrant for the arrest of former president 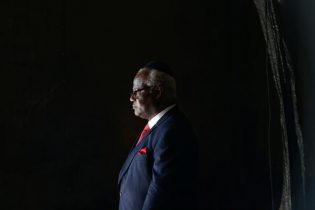 FREETOWN (Reuters) – Sierra Leone’s anti-corruption commission could issue a warrant for the arrest of former President Ernest Bai Koroma after he failed to comply with a summons for questioning, the head of the agency said on Thursday.

Koroma failed to appear before the anti-graft agency at its headquarters in the capital Freetown on Thursday because of concerns over his safety, his lawyers said.

“We are considering issuing a warrant for his arrest,” the country’s anti-corruption commissioner Francis Ben Kaifala told Reuters.

The summons was the latest move in a campaign by Koroma’s successor, President Julius Maada Bio, to investigate the previous administration that Maada Bio says took the country to the brink of economic collapse.

Koroma denies any wrongdoing and has said corruption allegations are part of a long-running smear campaign.

Joseph Kamara, Koroma’s lawyer, said his client would agree to be interviewed in Freetown if the state provided necessary security for him to travel from his northern hometown of Makeni.

The case concerns alleged wrongdoing in connection with mining, construction and procurement contracts during Koroma’s 2007-2018 tenure.

Investigators abandoned a previous attempt to conduct an interview with Koroma in Makeni on Oct. 8, accusing Koroma’s supporters of blocking the road and threatening them.

Koroma’s opposition All People’s Congress party denied there were any roadblocks, or that the crowd was hostile.

Koroma’s Makeni property is among assets worth $200 million the government has ordered him and other officials forfeit or repay following an inquiry in September.